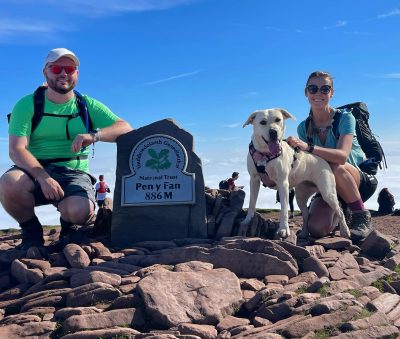 Couple April and Ed are set to climb Kilimanjaro this December the 2nd in aid of The Noah’s Ark Children’s Hospital Charity and Crohn’s and Colitis UK.

The trek will take the pair around 8 days and 7 nights climbing the infamous Kilimanjaro, located in Tanzania. Mount Kilimanjaro is the African continent’s highest peak at 5,895 meters (19,340 feet). The mountain is a snow-capped dormant volcano.

April and Ed booked to tackle the mountain in 2019 and had begun training but due to Covid, they  had to reschedule the trip. The pair now have their  new date set have spent the last few months fundraising, training, and getting into the mindset for the challenge. The couple spend their weekends tackling some of Wales’ highest peaks such as Pen y Fan, Sugar Loaf and Snowdon.

With a few months left until they set off on their travels,  April and Ed hope to raise £5,000 for the Noah’s Ark Charity and are well on their way to achieving their goal having already raised over a thousand. You can support April and Ed here. 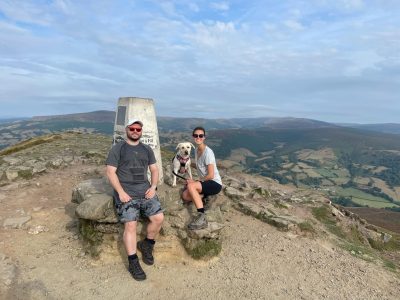 Ed says: “We both love to challenge ourselves, so climbing Kilimanjaro will be a huge personal achievement and something that we’ve both wanted to do for quite a long time. The added benefit of us doing this, is that we are able to use the trek to raise funds for great causes that are close to both of us.

“The Noah’s Ark Children’s Hospital Charity has always been very close to home with my grandfather being the charity’s chairman and my mother being vice-chair and we always hear first-hand about the great work the charity is involved with and the difference it makes to families across Wales. It was a no brainer that it would be one of our chosen charities and we’re hoping to raise as much money as possible.”

Do you have a Media Enquiry?

Thank you for registering.