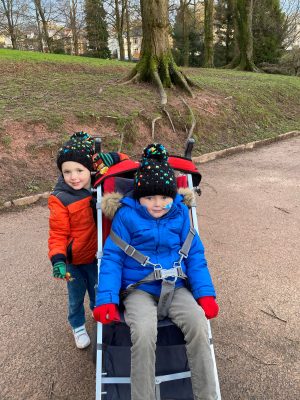 Six-year-old Leo Silcocks has signed up for the Superhero Dash in support of his big brother, Jack, who is currently undergoing treatment at the children’s hospital for Wales. The Noah’s Ark Charity Superhero Dash is a fun 5k which will take place in Pontcanna Fields in Cardiff this September.

Nine-year-old Jack has been receiving treatment at the Noah’s Ark Children’s Hospital for over two years after he was diagnosed with Acute Lymphoblastic Leukaemia at just seven years old. Jack was diagnosed in September 2020, at the height of the Covid-19 pandemic. He started bruising excessively, often in places on his  legs that weren’t consistent with the impact of a knock or fall. In the days leading up to his diagnosis, Jack had also started complaining of pains in his legs which were so severe that he found it difficult to walk up the stairs. 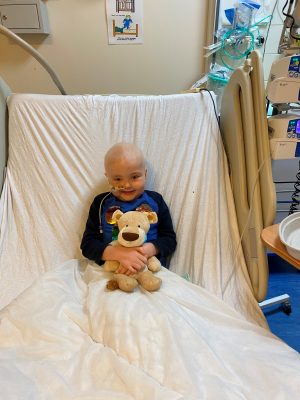 As strict Covid restrictions were in place, Jack was admitted to the Noah’s Ark Children’s Hospital for Wales along with his parents, which meant that to keep Jack safe they were separated from Leo while he lived with Sam’s parents.

Leo was very young when Jack was diagnosed and struggled to adjust knowing that plans would often be cancelled last minute if Jack’s temperature spiked or needed to be rushed into the hospital.

The boys’ mum, Sam, says: “The play specialists, especially Allison and Catrin, were amazing – not only with Jack but with Leo too. They helped to normalise what we were dealing with as a family and to help Leo to understand why sometimes Mummy and Daddy were away with Jack.

“The play specialists also helped Leo to understand how to play with Jack as he often gets tired easily. He has learnt at a young age to take things at Jack’s pace and has taken it all in his stride.” 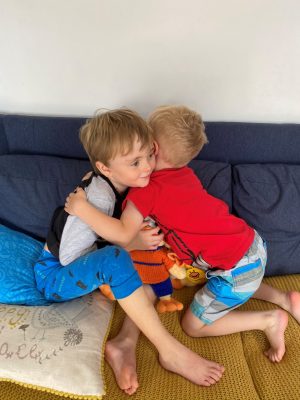 Jack is now two years in to a three-year maintenance phase which aims to prevent disease relapse. He’s well on the road to recovery and is known by everyone as a happy and funny nine-year-old.

Little brother, Leo, recently took up running so when the family saw 5K Superhero Dash advertised on Facebook Leo was delighted that he could run and raise money for the charity that had helped to care for his big brother.

Leo has already raised an impressive £275 and he has no plans to stop there.

We can’t wait to see you at the Superhero Dash, good luck with your training and fundraising Leo!

Do you have a Media Enquiry?

Thank you for registering.